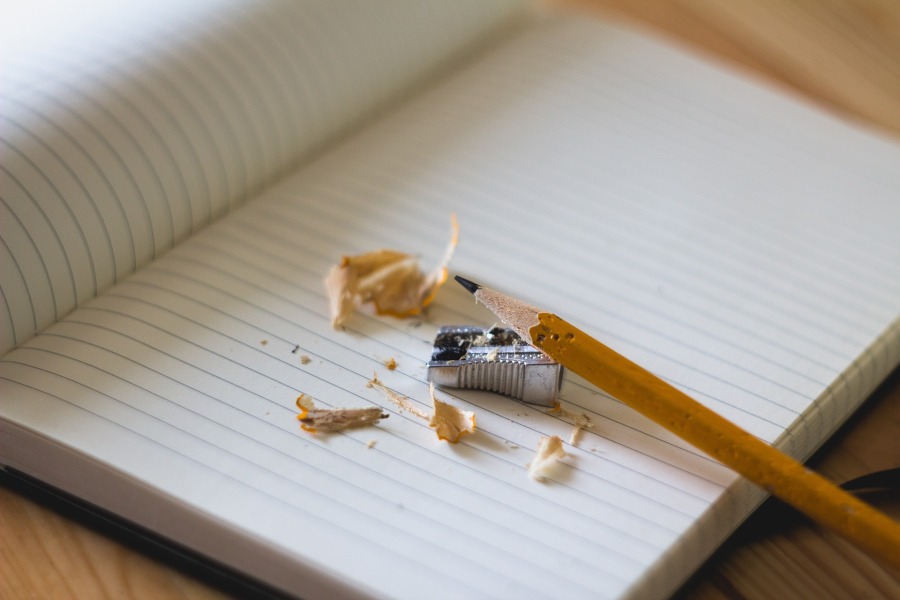 ‘No’ only means You are One Step Closer…

So, last week was a bit of a writing humdinger. And that would be putting it mildly!

Whether you have had a taste of traditional publishing like me, or you are setting out and taking the very first steps on your publishing journey, skim through the violin playing paragraphs of backstory that follow if you wish, because hopefully my top 10 tips at the bottom of this post will help soften those hideous rejection blows that we all have to deal with.

Well, I say all, but I mean all with the exception of the 0.0001% – or whatever the current stat is – that get lucky first time round… or those who are ‘slebs with an entourage of ghostwriters trailing their coattails.

Oh yeah. I’m going to get a bit bitter before this blog post gets better!!!

Embracing the whole range of emotions that pesky NO brings is all part of the process, as far as I’m concerned.

I might be a Pollyanna most days of the week, but when somebody slams a door in my baby’s face (baby, as in book baby) it takes several attempts at reaching for better feeling thoughts as I slowly climb my way back up the emotional scale.

After all, nobody puts Baby in the corner.

But moving swiftly on… some of you may recall I received a couple of rejections in the summer when I sent out my pre-edited (ie. pre-edited by a kosher editor and not just my stargazy self) novel number four (the ice cream one!) to publishers who had open submissions. No agent was required, their windows for consideration were short and sweet, and, rightly or wrongly, gut instinct told me: ‘DO IT, ISABELLA, DO IT’ after they’d ‘liked’ my pitch on Twitter…

And I’m going to be honest, as a thrice published author with a small independent publisher – an author who kind of knows her shit and has had glowing reviews across all three of her previously published romcoms – the feedback which accompanied the you’re-really-not-for-us was a little trite, a little self-righteous, and a whole LOT ‘textbook’ – for want of a better word.

Or to put it another way, every single ‘writing rule’ that I had intentionally broken (having learned them in order to decide when to be a rebel and do just that; to curate my unique storytelling voice), was painstakingly pointed out to me. I felt like I was on a writing course for beginners; an overambitious amateur being taken down a peg or two: ‘Go back to your station; you’re actually pretty crap.’

To add insult to injury, I thanked them profusely, lapping up every drop of advice as if I’d been offered the nectar of the Gods.

That’s the initial power of the submissions strike! 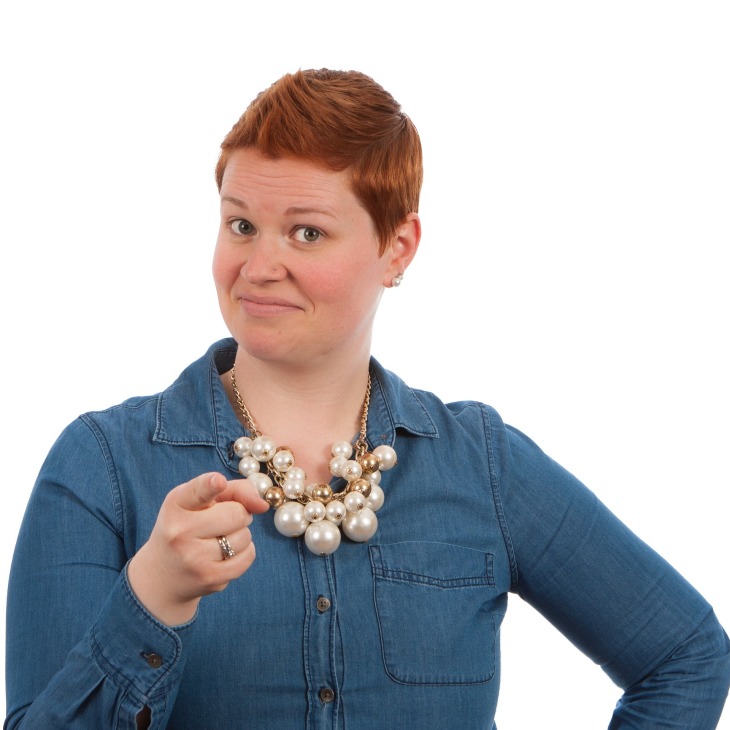 But then I remembered that couldn’t be true (the aforementioned three pretty successful novels, right?), and, the more I thought about it, the more it began to feel like I was part of some glorified exercise in helping to hone the editorial skills of junior members of publishing staff.

And I’m more than aware that even flexing my opinionated muscles on that very sore subject makes me sound like the bitterest goddamn Diva in the world… but hear me out: everyone has to learn the ropes; #pitmad style tweet rallies and open subs are the perfect way to orchestrate that in a publishing house whilst the literary agents have a direct line to the senior members of the editorial team.

Anyway, fast forward three months, and, after working with one of the best editors EVER, my gelato-based manuscript is all singing and dancing; the best writing I have yet produced – the kind of prose-filled, mouthwatering, witty, upbeat, gripper of a novel that leaves my first three books lurking jealously in its shadows.

Now I sound like my ego won’t fit into Buckingham Palace, but as I always say, our words flow through us from elsewhere. Truly, we are instruments: if we show up with passion and commitment, the muse shows up too. It’s just how it works. They aren’t really my words, I channel them from the universe. Disclaimer: I may have forgotten to mention that I grew up on the ley lines of Glastonbury.

Anyway, back to the point in hand. As an established author with eighteen months of success spread across three pretty original novels (with damned striking covers, I might add!), I know I’m not only good enough, but consistently able to offer something a little bit different. I’ve proven I’m commercial. Hell, it’s not every day an author knocks Jeremy Clarkson off the top spot. I have a loyal and lovely readership, solid social media followings and more ideas than you can shake a stick of rock at (sorry, I am also more than a little bit confectionery obsessed).

As I was saying, as an established author, I see myself as a worthy commodity. The next logical step is absolutely being signed up with a bigger publisher; to see my books in the shops – as well as on Amazon. I’ve honed my craft for the past eight years, I’ve put in the graft.

But this scenario doesn’t just apply to me: it applies to many of us who have started out with a small press, worked hard, proven our abilities, and are hungry for more.

And so, I put myself out there at the risk of appearing  entitled and out of touch with ‘reality’ (that market trends I cannot possibly second guess/YouTubers with multi-million fandoms and general it’s-not-what-you-write-but-who-you-know backscratching are more likely to secure you a goosebump-inducing publishing deal), not for the tea and sympathy, neither to whinge and complain, but to let others know they are far from alone.

For this is a solitary profession. Day to day we sit at our desks and frequently wonder why in the hell we couldn’t have had a different calling?

Back to my War and Peace subs saga though…

Now picture my devastation when last week the same thing happened all over again: the imprint of a large publishing house turned me down. Let’s just say I won’t eat another blueberry pancake for a while! Yep, that was what I was feasting upon as my panda eyes took in the news: ‘not a good fit for our list’. 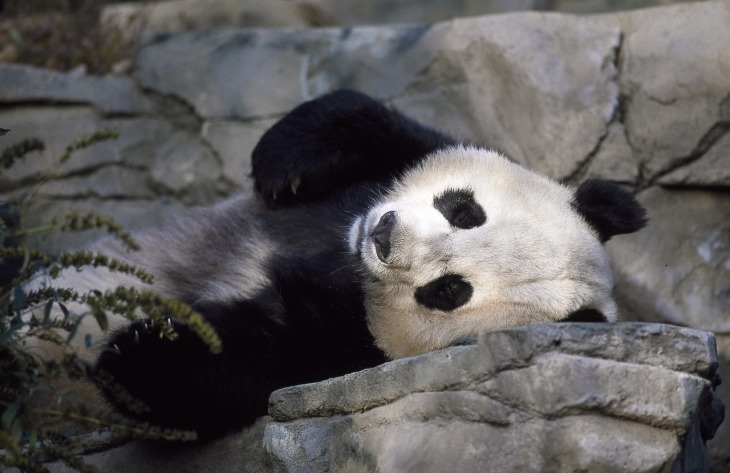 No explanation. No rhyme. No reason.

Just an emphatic no.

And then I became harsh and quite horrible about it all, wincing at a couple of the thoroughly wooden books I’d had to abandon at about 7% on my Kindle this year… books that had come from said imprint’s very list… books which for some unfathomable reason ‘fit better’ than my words.

I promise you it’s rare that I get like this, and I knew I needed to snap out of my green-eyed behaviour quick smart. Slating the equally hard work of others isn’t me… no matter how dreary and vanilla I may find their stories. Now I’m being the subjective one!

So here’s what I did DO to take the sting out of the robotic rejection letter – some actions came from taking the advice of my lovely fellow writers on Twitter, some from taking my own:

And I’m happy to report that it’s all working like a dream, although I’m still remembering to remember to do number ten – and cake should be a daily occurrence anyway.

So are the open subs worth it?

Do they really go in the same To Be Read pile as the manuscripts sent from the literary agencies with the track record of discovering the industry’s iced gems?

Maybe I stand to be corrected, but I’ve come to the conclusion that it’s doubtful; the key decision makers in publishing are unlikely to sit at their laptops, twiddling their thumbs in anticipation of open subs pinging onto their screens. The larger houses, at least, will have a rigorous selection process. If your first three chapters and synopsis don’t float the boat of a junior editor, the chances are they won’t get past the post for that all important second opinion that could lead to the request for the full manuscript.

None of which is to discount the opinions of junior publishing staff. That’s the last thing this piece is about. I started out in the industry aged just twenty-two myself, albeit selling foreign rights for kids’ books.

But experience can only come with time. Until then, the royal we have to be picky and they have to be choosy. They’ve bosses to answer to, criteria to meet, cherry-picked trends to spot.

We can write like a dream, but if we’re not ticking a publisher’s cast iron boxes, then they are anything but the dream home for our beloved book.

Until that shed, villa or castle of an abode cares to reveal itself, bless every single rejection, ‘cos they’re propelling your manuscript closer to its Happy Ever After with lightning speed.

And it’s oh-so-tempting to re-write the whole thing, to write for the audience, to keep the ever-decreasing circle of big publishers sweet.