Portugal’s Hidden Gem of a City…

And here’s why:
She is captivating. Most cities are female in my book, and Oporto (or Porto as I prefer to call her, using her Portuguese name), is no exception. This is a destination dazzling with soul, colour, heritage, amazing food and drink experiences and the friendliest, most charming of people.

And that’s just on the surface of the Douro river.

1: Luscious Landmarks
Porto is peppered with them. From her dramatic bridge straddling the Douro, through to her monuments emblazoned with tiles in every shade of blue. Then there are the barrels carrying her namesake, Port, which flank the water’s edge – be they hidden in cellars or high-profile lodges. Not to forget the miradouros providing the best viewpoints all across the city to admire said luscious landmarks!
A stroll around Porto is like walking through a fairy tale kingdom. Houses somehow defy gravity with wonderfully cascading roofs, and everything is a little bit rickety yet all the more beautiful for it.

2: Foodie and Drinkie Heaven
Whether you’re a Port connoisseur or not, no visit to this city would be complete without at least wandering around a cellar or distillery. Follow that up with as many petiscos (small plates) as it is polite to eat, or try something a little more avant-garde in a trendy bistro. Porto is fast gaining a reputation for the new and exciting when it comes to the culinary. But pudding should always be a pastel de nata. Preferably on the go, as you get lost among the maze-like medieval streets. It’s just got to be done.

3: Tantalizing Tiles
In my humble opinion, nowhere rivals this city when it comes to her Azulejo mosaic masterpieces which come in every hue of blue from cornflower to denim, sky to petrol. Porto’s arty offerings are sumptuous and gorgeous in equal measure. Even the train station is studded with 20,000 of the city’s legendary blue tiles. It’s impossible not to stop and gaze in awe, making yourself look like a right old tourist… 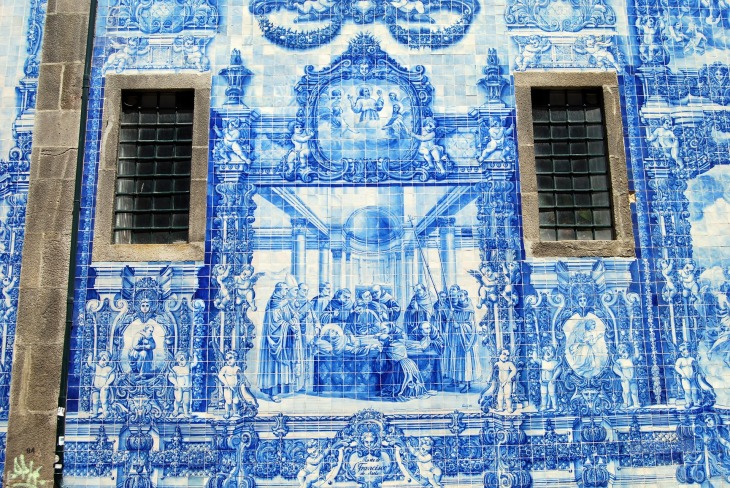 4: Everyday Life
In many ways, Porto and Venice are interchangeable (in a good way!) when it comes to the art of people watching and just ‘being’, soaking up the atmosphere. It’s the joy of the splash of the river and the unmistakable smell of the Port, the twists and turns down the winding streets where washing hangs pendant like from house to neighbouring house, never so glorious as when set against an azulejo backdrop depicting a medieval tale. It’s watching love’s young dreams as they bimble past the cafe where you sit sipping strong coffee. It’s the art of getting lost on purpose and stumbling across something so sweetly off the beaten track, whose secret you are torn between sharing and safeguarding. All of this is Porto.

5: Gardens
From Crystal Palace (no, not the football stadium!) to Cordoaria, from Quinta do Covelo to Nova Sintra… not forgetting the city’s infamous Botanical Gardens, green space abounds here. Northen Portugal truly is a magnificent place with a charm unlike anywhere else you have been.

Small wonder Kate Clothier, the protagonist of my debut novel, ‘Oh! What a Pavlova’ is so enchanted!

2 thoughts on “The Best 5 Things About Porto”