The wolf dressed in sheep’s clothing Book Club. All sweetness and light and support and loveliness… until you break that goalpost changing rule you never even knew about, publicly and spectacularly, so that you are now gloriously cast in your brand new role of spammy-desperate-author-trying-to-flog-her-book. 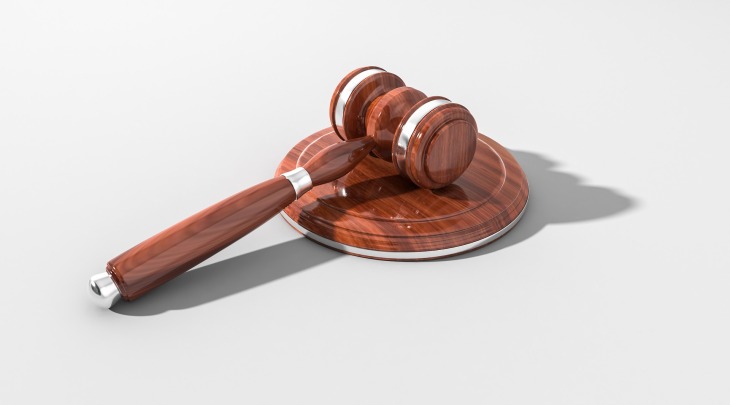 We’ve all been there, of course, as writers (as well as bloggers and readers who are eager to support their favourite storytellers), tiptoeing our way around the eggshells of do’s and don’ts, hardly daring to breathe for fear of the loudspeaker of reprimand. We’ve read the pinned posts, we’ve obeyed the rules and conformed to standards, and then BAM; out of nowhere, an admin attacks – in front of everybody – since that’s oh, so much more fun and satisfying than giving us the benefit of the doubt and an ounce of respect via a polite PM on Facebook; ‘cos that reaps the best kind of rubbernecking rewards from everyone else, inflating egos to wuthering heights.

And then we are officially put in the stocks for all and sundry to pelt stones at; the bond of trust broken, our deceitful actions to be policed forever more.

Will we summon the courage to behave in the manner of one of our novel’s protagonists, squaring up to the injustice of it all? Or will we crumble to pieces, because behind that shiny veneer of our Author Hat, we’re a sensitive soul?

As a newbie author (okay, I do have two novels out there, but I’m very much a humble amateur in a world of super polished professionals); as a newbie author with a small, independent publishing house, that’s exactly what happened to me this week… I crumbled. I wouldn’t have normally crumbled, but it had been a long week of cabin fever stuck inside with two young children (the rain in Spain doesn’t mainly fall on the plain, I can hereby attest), plus I wasn’t much looking forward to the approaching 9th anniversary of my baby’s death – yep, that old chestnut ‘be kind, for everyone you meet is fighting a hard battle…’

I wrote two apologetic Facebook messages to the people I had ‘betrayed’, as if they were the very Gods of publishing itself. And then I cried. The entire episode was every bit as humiliating as you might expect and it more than tainted my day.

My crime?
The heinous activity that was posting news of a sale on behalf of my publishing house (and the 90 something authors that entails)… news of a sale that would genuinely interest many members of said book group, since the cost of said Kindle books featured in said sale was just 99p. I’ll elaborate slightly at this point – assuming you’ll ‘allow’ me – I was the first author to break news of the sale on this particular Facebook group. It’s a medium-sized group, who prior to this split second of my utter ‘foolishness’, prided itself on not having any silly rules and regulations, members should simply ‘be nice’. It was a group I had very much enjoyed being a member of.

There are plenty of posts a day from plenty of readers and writers… all of which would more than dilute the trickle (and it was a trickle) of further posts about the sale from a few more of my fellow authors who were members of the group. Bearing in mind people log into this group from all over the world, at different times of day due to their different time zones, this could surely only be construed as a good thing, encouraging a further bloom of multi-genre bookworms?

Well no, apparently not.

I had been a valid contributor to this Facebook group for most of the year, I hasten to add. I regularly joined in with other members and their posts; I added value with my expertise of publishing, too (both in the world of foreign rights and as a former literary agent). None of these things, however, could save me from being shamefully lambasted.

My punishment? Facebook thread humiliation.
Rude, unnecessary and the height of disrespectful. In effect, I was scapegoat for every other author who had published the same post after me.

To be fair, many hours later, I did receive a solitary message back from one of the admins I had begged for forgiveness. More of a limp handshake than an olive branch, I realised that a) the damage had already been done b) after my own emotions were once more in check, I couldn’t feign a shred of respect.

And I am not alone.
I have spoken with any number of authors in the aftermath of the event, and it seems increasing numbers of us are being subjected to this Mean Girl treatment (99.9% of Facebook Book groups are run by women). Well, in my book, that’s pretty damn shoddy. After all, without authors, there wouldn’t actually BE any book groups!

And yes… we could go all chicken and egg, round and round in circles until the cows come home. But it’s an economic fact: no product to offer, equals no supply to the demand. Whereas writers will always write, with or without an audience to read our stuff; putting quill to paper is like inhaling oxygen.

Maybe the admins were having an off day. But you know what? Frankly, my dear, I don’t give a damn. After having my cry at the unfairness of it all; that I had been brandished a target for the mass posting affair… I came to a conclusion (fairly easy really):

So, I walked away.

And I tell you this story of woe because I wholeheartedly encourage you to do the same next time somebody takes it upon themselves to disrespect you as a writer; next time you witness it going on to another who barely deserves it.

It’s just another form of social media bullying, plain and simple. And the mock shield of a computer screen does not make it acceptable.

We, as authors, make little money; give us a break with the petty group rule changes and uppity bullshit. The vast majority of us, as authors, are not signed up with the Penguins and HarperCollins of the world… therefore do not have access to mega bucks marketing budgets… therefore have no choice but to go online and post news of our three day sales events on social media ever so flippin’ occasionally.

Sweep our voices under the carpet and you’ll sweep the literary variety of the world along with it: Your choice.

One of the biggest lessons I have learnt this week is that when it comes to book groups, quality far outweighs quantity. That’s why I’ll be sticking like glue to two from now on; a virtual Facebook cafe full of coffee, cake and friendship (devoid of daft rules), and a hardcore literary destination which makes its non self-promo rules crystal clear from the outset, adding fabulous fuel to my reading binges.

Authors are people too, you know. If you want us to keep filling your Kindles with adventure, thrillers, romance, crime, comedy and all things dystopia; if you want us to stock your bookshops’ shelves, remember the most important R of all: