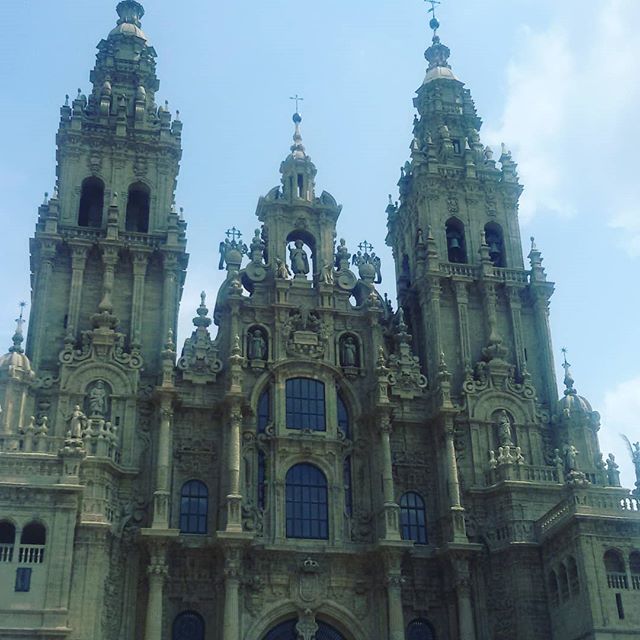 They’re the usual suspects when we think about a city break to Spain. But off the beaten track (a little… okay, quite a lot) and over in the top left hand corner of the country to be precise, lies the uniquely spiritual, magical and religious city of Santiago de Compostela. This city hums to its own distinctive beat. And if you haven’t added it to your travel wish list yet (I loathe the term bucket list… soooooo mainstream), now’s absolutely the time to do it.

Why?
Well, picture the scene. Hundreds of hikers and friends meeting in Santiago’s middle (aka. the iconic cathedral square), torn between gazing up at the allure of one of the world’s most seductive buildings… and filming their videos of ‘we-made-it!’ after their mammoth trek, amidst jubilation and tears. The atmosphere is not only electric but spreads like wildfire. Even if you are not religious, there’s something deeply moving about this place and you could sit and soak it up for hours. Indeed, you don’t need to be a pilgrim – at least not in the traditional sense – to make this journey, whether you come by foot across the infamous Camino de Santiago (or by car, like we did).

Santiago is for all.

But I’m not going to pretend to be a fan of its… erm… *dried* almond cake… and that’s coming from a cake connoisseur! 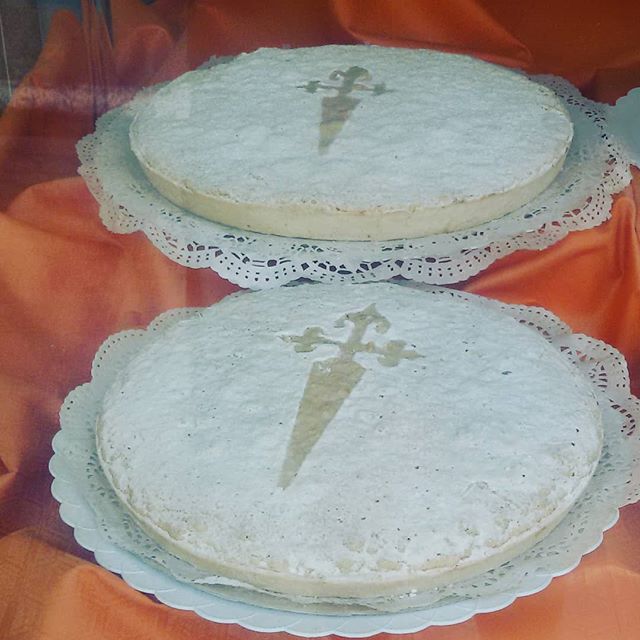 Still, you could always have one of these instead:

I present to you arroz con leche (rice pudding) and blueberry gelato. I’m also an ice cream connoisseur and trust me: this stuff is up there with the VERY best. Head to Bico de Xeado just a few streets from the main square for the creamiest artisan Galician ice cream I imagine exists… 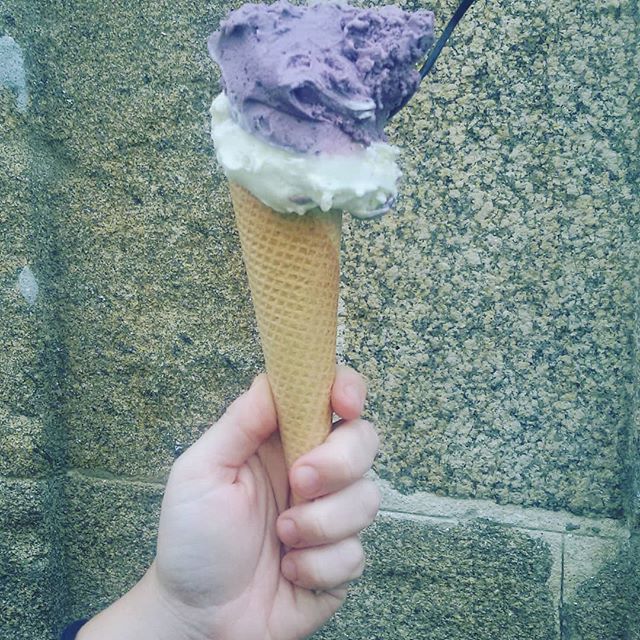 And if you don’t have a sweet tooth in your mouth, fear not, for the medieval serpentine twists and turns surrounding the oldest parts of the city, are absolutely lined with pulperias, seafood joints and cafes. Everyone is catered for.

I can’t pretend we saw everything.

This was a day trip from our seaside holiday villa down the road… a day trip with two non-culture vultures in tow: our seven-year-old boy and eleven-year-old girl. So imagine my delight when there was a super cool playground at the top of the underground car park… and then imagine my further delight when, after copious grunts and whines, we chanced upon the last four spaces on a sightseeing train (in total juxtaposition with the buildings in the main square, but hey, sometimes you have to take the path of least resistance.).

And yet our whistle-stop hour long tour of the city turned out to be more than our saving grace.
1: It entertained the children (especially because seated in front of us were a group of elderly tourists who yelled a giddy ‘wheeee’ every time we chugged over a bump… or the driver couldn’t find the brakes down a 50% gradient hill).
2: It threatened to rain at any minute. Santiago’s weather system is unpredictable to say the least: the train had waterproof canopies.
3: It was, in all honesty, a bit too much walking to accomplish in the approx four hours we predicted the kids would let us get away with.
4: We got a glimpse of everything – the convent buildings, the churches, the university, the medieval city streets, the art galleries and parks – whetting our adult appetites to return again… sans enfants.
6: All of this for around 20 Euros.

What else can I tell you about the city when we only scratched the surface?

Not a lot… but I hope this carrot dangle piques your curiosity. It’s all too easy to go to the obvious places. I mean, I’d heard of just one friend who’d visited Santiago prior to our trip. Just one!

And I do have a lot of friends.

Trying something new, be it a destination, a food, a brand new route to work, a hobby or a piece of music, adds to the fabric of our lives; opens our minds, lights up our own caminos. Maybe not in the most obvious way. But I think, a little like Santiago’s magical personality, that’s the beauty of the unexpected detours on our lives’ journeys…

3 thoughts on “Why You Should See Santiago de Compostela!”